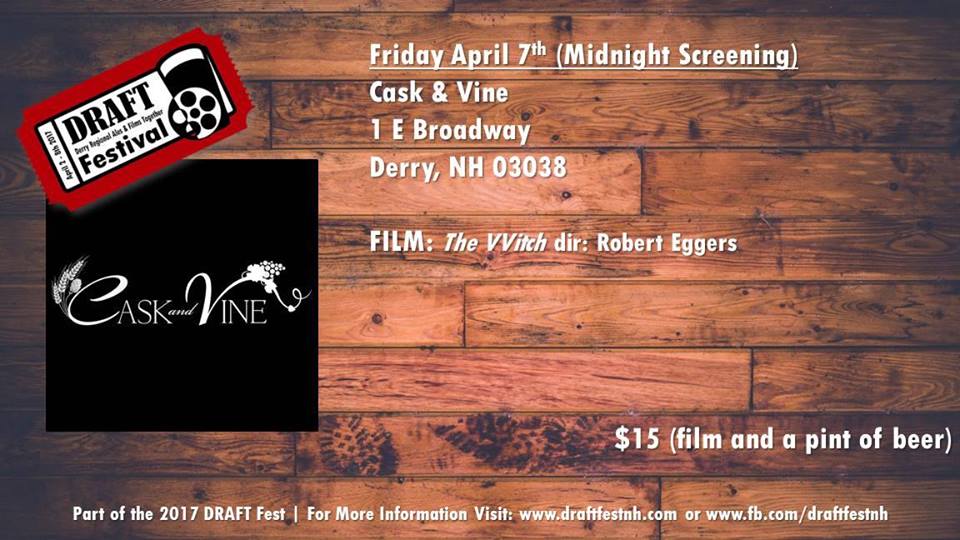 The DRAFT Fest is a week-long event that takes place in Derry and Londonderry during NH Craft Beer Week.

The Friday event is at The Cask & Vine in Downtown Derry. This is a special midnight screening of THE VVITCH by NH’s own Robert Eggers. Film will be paired with a beer.

Come early to socialize with other film fans and filmmakers before the film. 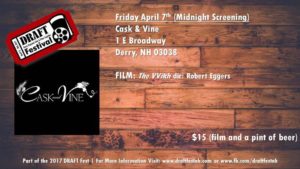