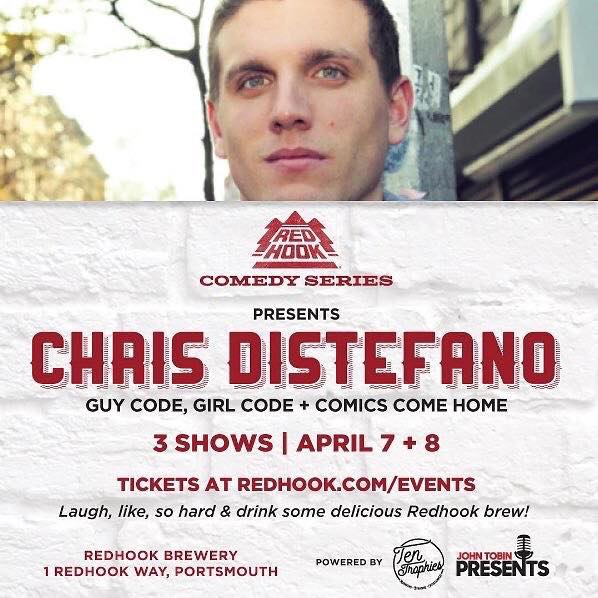 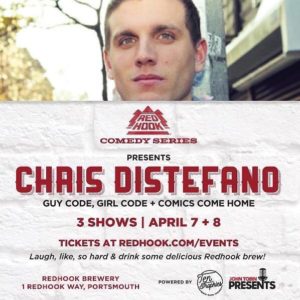 Join us at the Redhook Comedy Series with CHRIS DISTEFANO – from Girl Code, Guy Code + Comedy Central’s The Half Hour

Described as a high energy comic, Chris Distefano acts out a variety of characters derived from his life, typically leaving you on the edge of your seat wondering “Who the hell is that he’s talking about?”

Chris has worked at all of the top comedy clubs across the nation. Chris has a Bachelors degree in Psychology to impress his mom’s friends, and a Doctorate in Physical Therapy to impress his Moms friend’s Moms.

Chris has been seen and heard on The Late Show, Denis Leary’s Comics Come Home, MTV’s Girl Code, Guy Code, Comedy Central’s The Half Hour, IFC’s Benders, The Opie Radio Show – and his sitcom ‘Distefano’ was recently picked up by CB